Webb photos we reveled in are also a stark reminder

뉴스
Author
PhillyKo
Date
2022-07-15 13:42
Views
149
Nearly every night during the spring of 1997, once dinner was done and the last dish put away, my dad and I would drag two lawn chairs out to our front yard to watch the Hale-Bopp comet. Visible even during the day, it would slowly brighten as dusk gave way to night.

Though Hale-Bopp, dubbed the Great Comet of 1997, would stay visible the rest of the year, its appearance grew more ominous in late March, when authorities discovered 39 bodies in a house in the suburbs of San Diego. All 39 belonged to Heaven's Gate, a quasi-religious sect that believed a spaceship traveling in the comet's tail was coming to help them ascend to a higher plane.

The realization that a powerful celestial event could cut two ways -- that it could bring people together in shared awe and also spark an unspeakable tragedy -- stayed with me even as the comet faded. I thought of the comet as I pored over the first remarkable images from the James Webb telescope, released by NASA earlier this week. The first deep field photograph showed not just unprecedented details of deep space but of deep history: some of the galaxies it captured are -- or were -- 13.1 billion light-years away, meaning the images we saw offered glimpses of the universe in its infancy.

At a moment when life on Earth has felt increasingly cramped and shuttered, hemmed in pandemic shutdowns and border-obsessed nationalisms, getting lost in that vision of the vastness of the universe felt freeing. Tiny, fragile, fractious Earth, not even a blue dot in the crowded crush of galaxies on display in the Webb photographs, is surrounded by endless possibility. 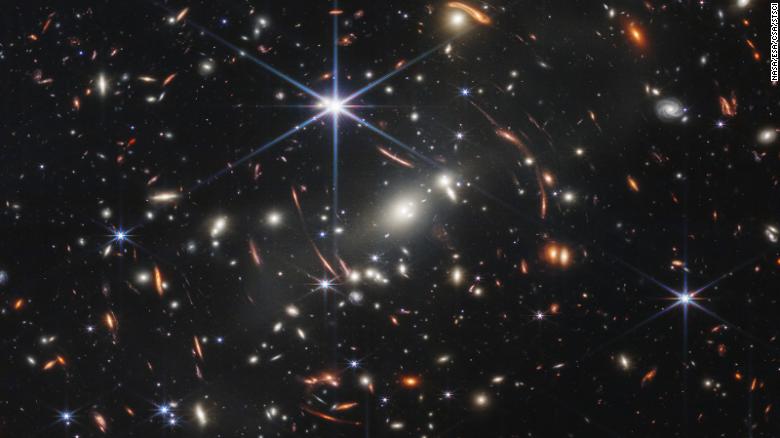 President Joe Biden released one of the James Webb telescope's first images on Monday July 11. The image of SMACS 0723 is "the deepest and sharpest infrared image of the distant universe to date," according to NASA.

Yet while the photos induced a kind of dazed wonder in many observers -- myself included -- they have their limits as well. Which is how astrophotography has always worked: as the spark for astral imagination and earth-bound activism, as well as a reminder of how inescapable our present challenges are. For those working to curb the effects of climate change as well as those working to reverse the inhumane politics of the present, the Webb images present a historic opportunity to refocus attention on the possibility of politics and activism here on Earth.

That split reaction greeted the photograph taken aboard Apollo 8 on Christmas Eve, 1968. As the spacecraft rounded the moon and the Earth came into view, astronaut Bill Anders snapped a picture, capturing the crater-pocked moon in the foreground and the half-lit Earth behind it, hanging plump and bright like a harvest moon in the darkness of space.

That photograph, called "Earthrise," became instantly iconic. Humans had never seen Earth quite that way, both grand and delicate. So powerful was the image that it helped a growing environmental movement win broad-based political support. A little over a year after "Earthrise" was published, the US celebrated Earth Day for the first time. 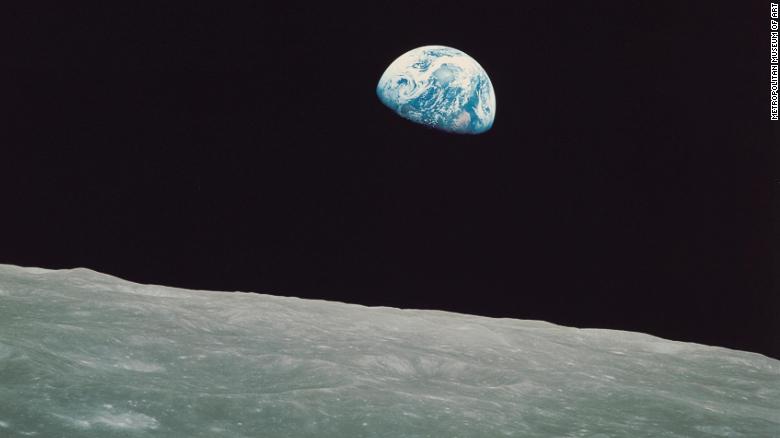 Engineer and astronaut William Anders took the now-iconic "Earthrise" photograph on December 24, 1968, during the Apollo 8 mission.

Talk of world peace and common humanity accompanied this new view of the planet. Poet Archibald MacLeish greeted it in the New York Times with the hopeful observation, "To see the earth as it truly is, small and blue and beautiful in that eternal silence where it floats, is to see ourselves as riders on the earth together, brothers on that bright loveliness in the eternal cold -- brothers who know now they are truly brothers."

There was necessary comfort in that idea in December 1968. That year, the US had been roiled by violence and death: the assassinations of Martin Luther King, Jr. and Robert Kennedy, the police brutality outside the Democratic National Convention in Chicago, the widespread unrest stemming from ongoing civil rights abuses and the persistence of an unpopular war in Vietnam. More than 16,000 Americans had been killed that year in Vietnam, alongside hundreds of thousands of Vietnamese. There was a sense, broadly shared, that the country was falling apart.

But where MacLeish saw the images from space as evidence that people were "riders on the Earth together," others saw the astronauts' efforts as a distraction from the problems at home. Gil Scott-Heron's spoken-word poem, "Whitey on the Moon," released a year after the Apollo moon landing in 1969, captured that sentiment. The poem pointed to the entrenched poverty in Black neighborhoods that coexisted with multi-million-dollar space programs: "No hot water, no toilets, no lights (but Whitey's on the moon)."

Both MacLeish and Scott-Heron saw in space a deeper truth about Earth. And while the Webb photos look outward, showing us some of furthest reaches of both time and space, they still offer us the same chance to look inward, to harvest the sense of awe and possibility of previous encounters with space, not to escape the reality of our current place and time, but to cultivate anew an awareness of how fragile and precious both our planet and the life it incubates are.